Let’s take a look at your options for an eSIM in Myanmar!

Myanmar is one of the most underestimated countries in Southeast Asia, but has proven itself to be a true hidden gem for curious tourists to explore. In fact, it is reminiscent of Thailand 50 years ago: large, undeveloped regions, relatively easy travel journeys, few tourists, and high affordability. Myanmar is the perfect destination for a traveler who enjoys the experience of an untouched country.

Not only does the country have a lot to offer, but all its major local carriers support the use of an eSIM in Myanmar as well!

Traveling to Myanmar? Stay connected by purchasing an eSIM online!

Why purchase an eSIM?

For starters, it is a great way to stay connected to your destination country. In this case, purchasing an eSIM in Myanmar will allow you to maintain connection to communication services while you are abroad during your travels. If you were to use roaming data, you could be charged high fees. Secondly, they are very easy to acquire and you do not need to physically interact with any mobile service provider of an eSIM in Myanmar, keeping your travels as streamlined as possible!

MPT (Myanmar Posts and Telecommunications), the state owned provider, had once tarnished its reputation in the past when it charged exorbitantly high fees for mobile access, both voice and data. They led a monopoly under the military regime – a time during which they gave access out exclusively to the elite (privileged foreigners and the military power circle). Since then, they’ve lowered their prices significantly. Back in 2013, they charged $200 for a SIM card with data; and only two years later it was just $1.50.

Check out their local prices and coverage (in KS) 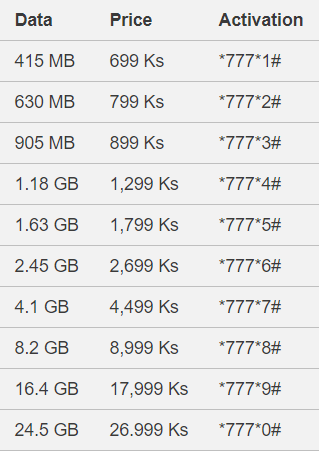 Telenor ended up 2nd in the race for dominance with Ooreedoo. In 2014, it launched its network in Mandalay and Yangon only. By 2015, it covered 15 provinces: Mandalay, Yangon, Sagaing, Bago, Magway, Ayeyarwaddy, Kayin, Mon, Kachin, Shan, Kayah, Nay Pyi Taw and Tanintharyi, making it the largest 3G network in the country.

Check out their local prices and coverage (in KS ) 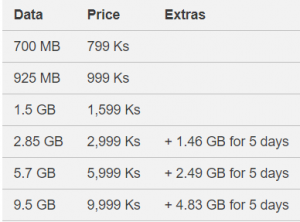 Ooredoo was first in the race to revolutionize the mobile phone system in Myanmar. It launched its network in August 2014 in Yangon, Naypyitaw and Mandalay. Regardless, it has fallen behind Telenor to the 3rd position, but its services are available in several other areas like the Mon state.

Ooredoo delivers a 3G network on 900 MHz, mostly. So in order to make use of their services, you need to use a device that operates on this frequency in 3G.

Check out their local prices and coverage (in KS) 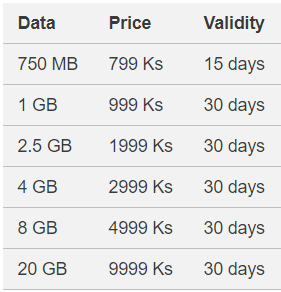 Local SIMs charge users about $1 per GB. The price per GB on SIM2Fly is $3.10 per GB on the first package and then $2.50 for add-on packages. This makes the eSIM2Fly roaming SIM competitive with the local eSIMs in price per GB.