eSIM in Japan – the best options for you

Are you headed to Japan?

Japan is a wonderful destination which offers a unique blend of Eastern traditions and Western modernity, as it is one of the oldest civilizations and boasts a stunning and diverse history. Comprised of about 70% mountainous terrain and 60% forest, the country offers a plethora of hiking trails, ski slopes, tropical areas, cosmopolitan and oriental cultural centers, over 30 World Heritage sites, and hundreds of noteworthy temples and sacred Shinto and Buddhist gardens. Its history additionally rivals that of most European countries, almost dating back to Before Christ times.

Not only does the country have a lot to offer, but all major local carriers support the use of an eSIM in Japan as well!

Traveling to Japan? Stay connected by purchasing an eSIM in Japan online!

Why purchase an eSIM in Japan?

For starters, it is a great way to stay connected to your destination country. In this case, purchasing an eSIM in Japan will allow you to maintain connection to communication services while you are abroad during your travels. If you were to use roaming data, you could be charged high fees. Secondly, they are very easy to acquire and you do not need to physically interact with any mobile service provider of an eSIM in Japan, keeping your travels as streamlined as possible! 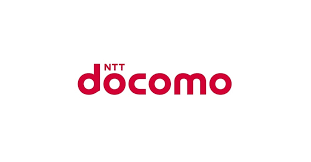 NTT DoCOMo provides the best network in the country and holds a market share of almost 50%.

Its 3G network is termed FOMA (“Freedom of Mobile Access”) and operates on 800 MHz in the countryside, 2100 MHz in the cities, and 1700 MHz for a few stations scattered about. Note that the 800 MHz and 1700 MHz networks are used exclusively in Japan!

Check out their local prices and coverage (in JYP)

SoftBank, the 2nd largest network in the country, has recently opened up its services to offer a prepaid plan. Under very limited conditions, prepaid plans for foreigners needing short-term networks are also possible. In 2016 however, it began to market a Tourist SIM for inbound visitors too, which is much more accessible to foreigners.

Foreigners visiting Japan can now sign up for a prepaid SoftBank plan only at airport counters in Narita, Haneda, Centrair (Nagoya), and Kansai. In addition, certain SoftBank stores allow upgrades from voice/mail only prepaid to smartphone service with data. When purchasing SoftBank’s prepaid service, you have two options:

Check out their local prices and coverage (in JYP )

au by KDDI is Japan’s 3rd largest mobile operator. Unfortunately, for most tourists it will be of no use, because of its CDMA network type and because they normally don’t sell to short-term visitors. However, those with an iPad and an Apple SIM may prefer it to other providers since it doesn’t require the purchase of a separate SIM, and for 1 GB data, it’s competitively priced.

Note that you may receive a letter from au in Japanese at home after you return – it is simply a written confirmation of the service you signed up for.

According to the brand creator, the name ‘au’ is based on the Japanese verbs for ‘meet’ (会う) and ‘unite’ (合う) (both pronounced ‘au’).However, KDDI explains that ‘au’ comes from two letters – ‘a’ is for access, always and amenity, and ‘u’ is for unique, universal and user. There is also a catchphrase, ‘access to u(you)’ that underlines the brand name.

Check out their local prices and coverage (in JYP)

Local SIMs charge users about $2.33 per GB. The price per GB on SIM2Fly is $3.10 per GB on the first package and then $2.50 for add-on packages. This makes the eSIM2Fly roaming SIM competitive with the local eSIMs in price per GB, and another great option for an eSIM in Japan!