eSIM in Italy: Everything You Should Know

eSIM in Italy: everything you need to know

Italy, the land of diversity – from art to religion, history to food, romance to beaches, ski to cities, and wine to language, it is no wonder why Italy is such a popular travel destination. Thus, the need for an eSIM in Italy is inevitable – staying connected while travelling is a must!

Traveling to Italy? Stay connected by purchasing an eSIM online!

eSIMs are easy to activate without the need to physically swap SIM cards to install an international connection. They also allow you to be able to use another physical SIM – for instance, your local SIM – at the same time. Travel eSIMs are especially useful as you can acquire them via online communication (email, for instance) right before you travel. eSIMs are perfect for frequent and occasional travellers as it removes the need for individual SIMs. You can also upgrade devices in a breeze by registering your new device with your eSIM cellular network provider.

Local Carriers of eSIMs in Italy

TIM’s 5G was initially distributed in summer 2019 in a few Italian cities and will be managed in cooperation with Vodafone. It is included in their Advance 5G and 5G Top plans (auto-pay required) and costs 10 € extra with any 4G offer (ask for the 5G On option).

The offered calls are domestic and international (for 65 countries), data is on 3G/4G and will be throttled to 32 Kbps after exceeding the quota (no upsize or extensions possible, however).

You will find that shops tend not to be keen on selling you this offer, as they don’t benefit from it. Be firm and polite. You could show them a print-out of the offer or let them call Head Office for customer support. Numerous users reported problems in getting this official offer by going to several TIM stores, but it’s possible.

Meanwhile, the newly combined network scored several points in network tests and seemed to be on par with TIM and Vodafone now. Both Umlaut and OpenSignal discovered, in 2020, that their W3 4G coverage is equal in strength to the other two networks and their average speeds are even slightly higher, at 28.6 Mbit/s.

Finally, as of 16 March 2020, the new brand and logo W3 (called: WindTre) were introduced and both brands have now merged commercially.

For non-Italian citizens only, carrying a passport or ID from outside the country, WindTre has released these offers:

Check out their local prices and coverage (in EUR )

Vodafone is Italy’s 2nd biggest network and, according to tests, it has surpassed TIM both in 4G/5G speeds and coverage. Their 4G/LTE covers 98% of the population in 2019 and is included in most of Vodafone’s prepaid plans: 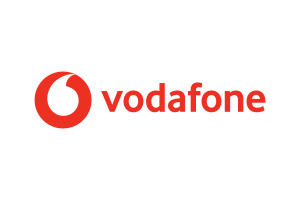 They started to distribute 5G in summer 2019 in a few Italian cites and made it available on prepaid without surcharge on most plans. It will be deployed in cooperation with TIM in the years to come. It additionally provides options for an eSIM in Italy!

Vodafone offers a special plan to foreigners without Italian citizenship, if they present ID documentation from abroad. It’s called C’all Global Max and is a combo pack with 300-minute call time from Italy to about 50 countries, 500 domestic minutes and 50 GB of data (or 70 GB if you can link it to a credit card or bank account) for a month at 11.99 €, with an activation fee of 3 €. It includes the Vodafone Pass Web Voce with zero-rated chat and messenger apps (see above), VoIP calls, and calls, as mentioned before, to EU/EEA, Argentina, Bangladesh, Canada, China, Colombia, Dominican Rep., India, Mexico, Pakistan, Peru, Switzerland, UK, USA and landline numbers in Australia, Brazil, Israel and Morocco.

For tourist plans, Vodafone offers Dolce Vita for 24.99 € per month exclusively to foreign tourists. It includes 30 GB in Italy (15 GB in the EU), 600 call minutes domestic and to many international destinations as well as their Social, Chat and Map Passes with zero-rated apps. This plan is free of an activation charge.

Note that the terms for both of these offers indicate that a “foreign tax ID” is officially required (even for the tourist offer!). Follow the directions at the beginning of the wiki to calculate yours and have it ready, just in case.

Local SIMs are charging about 2.12 USD per GB. The price per GB on Sim2Fly is  3.10 USD per GB on the first package and 2.50 USD for add-on packages. This makes the eSIM2Fly roaming SIM competitive with the local eSIMs in price per GB.

Check if your device supports eSIM prior to purchasing. See our full list of known eSIM devices.

How do I install an eSIM with QR code? Read about that in the attached link.

AIS Roaming parters provide the local data in each country. The SIM will automatically connect, or you can do so manually.

For any other questions regarding eSIMs, check out our FAQ!