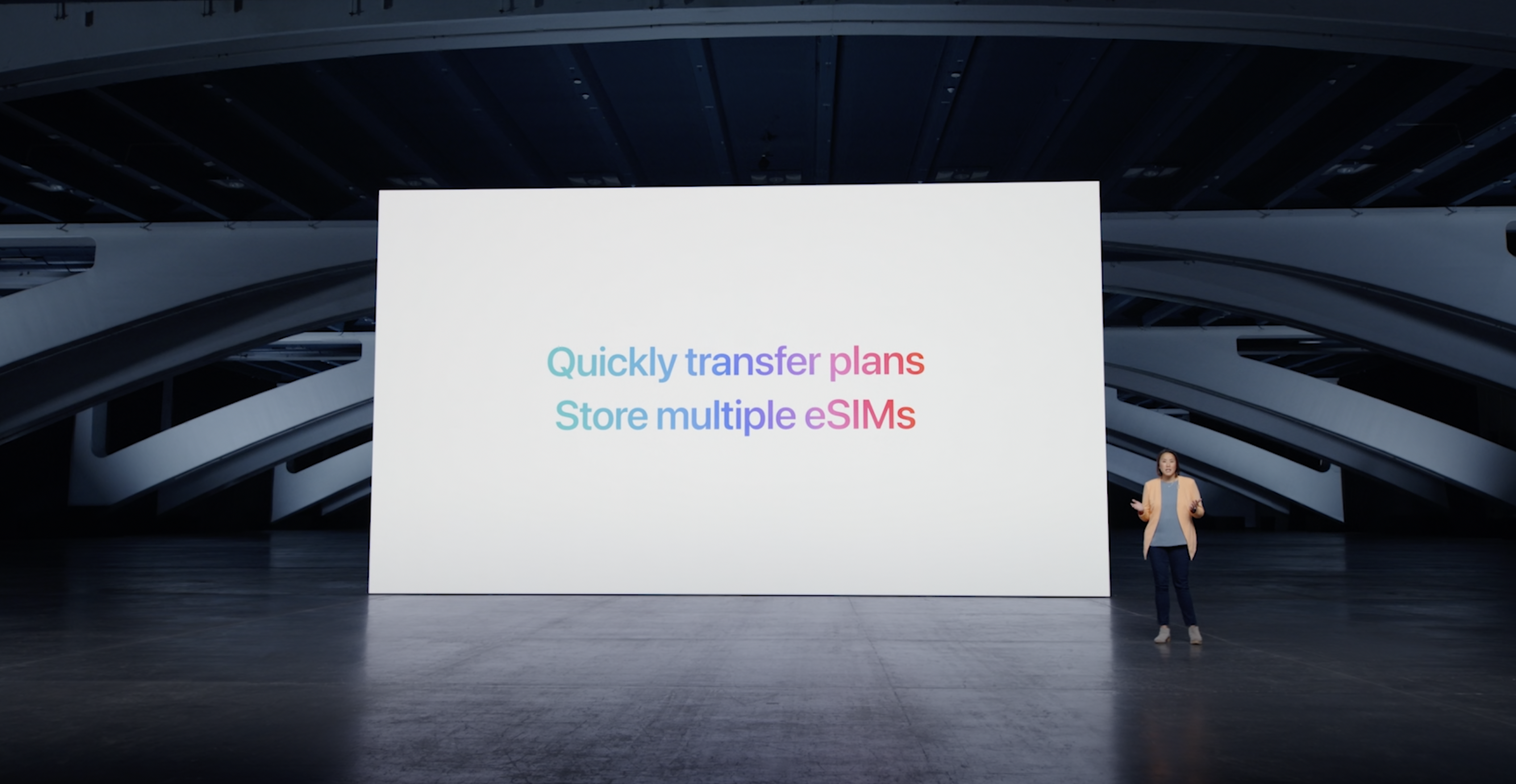 The iPhone 14 announced at the Apple event Sept 7, 2022 will sell a dual eSIM version of the device in the USA and be the first iPhone with no physical SIM card tray. This announcement sent interest in eSIMs thru the roof and “eSIM” became a trending topic on twitter.

But this launch isn’t with out controversy. Many technophiles called out issues with privacy, travel and lack of carrier support. Let’s look at some the the main pain points with eSIM.

The eSIM was first offered late 2018, in the iPhone Xr, Xs and Xs Max. On Android, the Pixel, Motorola and Samsung joined the devices offering eSIM. These were also the first dual SIM iPhones, allowing more 2 lines in one device.

Till now, there are now over 80 handset models supporting eSIM. GSMArena has been tracking eSIM supported handsets.

Now in late 2022, eSIM has been available for 4 years but there still are issues that remain to be solved.

For those used to the freedom of switching physical SIM cards between devices, the pain of the eSIM being installed on a single device, is one of the biggest complaints. In addition, the installation string contained in the QR code is valid for a single time SIM profile download request. This means the QR code is single use, nothing like its multi-use physical SIM counterpart.

Users who loose or upgrade a device currently have to contact their wireless carrier to request a re-issue of a new single use code to re-download their eSIM profile. As anyone knows, having to make a customer service request with your carrier can be a slow and painful process.

The good news is that there are improvements coming. Starting in iOS 16, Apple and certain carriers will support bluetooth swapping eSIMs between devices. Additionally, the same process will work to move a physical sim, to an eSIM profile ( but unlikely to work in reverse). Apple is calling this process eSIM Quick Transfer.

Another criticism of eSIM is coming from those who expect to travel to countries without eSIM offerings. Many travelers today expect to land at an international airport and purchase a local SIM card. If the local carriers do not offer pre-paid eSIMs, the iPhone14 will be unable to use a local wireless Carrier in this case.

Wether or not this is an issue for your next trip comes down to entirely which country you will visit. There will be some countries like China where you will not be able to get a local phone number without a physical SIM. This might prevent you from using some apps that require a local phone number, and if this is your destination – hang onto that trade in.

Some users have raised privacy concerns however privacy issues should be a wash. While there are likely more registration requirements for eSIM users, users are no longer geography location constrained and you can get a data eSIM digitally from providers around the word. Additionally users can easily find data plans without the requirements of full registration. There is no significant change to privacy with regards to a eSIM chip vs. an eSIM tray.

The most obvious benefit is the reduction in waste in digitizing the functions of a plastic SIM. Here are a few other benefits.

With eSIM, you now procure your SIM online via an app or website. MNOs, MVNOs and resellers no longer have the walled gardens and physical boarders to protect their businesses. Digital, online delivery means you will have so much choice in picking the right plan for you.

Below are all the counties with Operators offering eSIMs, in the first 4 the technologies existence years of existence.

And for the countries not yet supported, there are many offerings for low cost roaming that will work in more than one country.

For example China does not support eSIM, yet the AIS eSIM2fly eSIM Asian Plan works in 30 Asian countries including China. While you will not get a local Chinese phone number, you get a data plan that will keep you online and free from the Chinese Firewall during your stay.

As mentioned above, the amount of choice in eSIM is amazing. When it comes to travel with eSIM, we have to discern between to kinds of products – local SIM cards and multi-Country. Traditionally local SIM plans would be preferred, as they offer a local number and competitive data rates.

Support for eSIM versions of local pre-paid cards usually has to come from the major carriers in the countries. Major tourist counties like France and Thailand have local eSIM offerings like the Orange Travel eSIM or the DTAC Thailand Tourist eSIM that work just like their physical SIM counterparts. The main difference is they can be ordered online and delivered digitally.

If you don’t need a local number and happy to just have fair priced data, well the eSIM choice is plentiful.

For example here are the results for an eSIM search for Japan from esimdb.com.

One of the best things for travelers is being able to digitally keep multiple eSIM profiles on their device ready for use. How many? We’ve seen numbers as high as 10, but there is really no limit in storing these profiles. Of course you can only have 2 ACTIVE eSIMs at one time, but you can activate any of the inactive eSIMs when ever needed.

The eSIM conversion is coming. At least to the West. The only thing in the way of wider adoption is China and its control of Chinese handset makers. Reluctance by Beijing to allow full eSIM support is mysterious, and we may well see the debate over eSIM support become a political power struggle.

COVID-19 Travel – What You Should Know With mandatory lockdowns and quarantine procedures implemented since the wake of 2020, global travel has been completely transformed 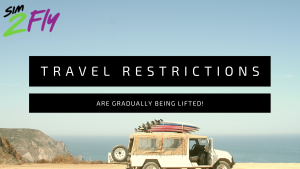 Travel Restrictions Are Being Completely Lifted!